The weather is definitely going crazy. And I do believe it’s the effect of global warming. January is almost over and where I live in Romania, we had no snow this winter. We had at the end of November some snowfall, but it was too warm and it melted away the next day. So that doesn’t count. Right now there are around 10 degrees Celsius outside and it’s not normal. We can see snowdrops blooming in people’s gardens. I remember  when I was little, I used the see snowdrops in my grandmother’s garden in March, when the snow would melt.

For the last two weeks I saw people selling snowdrops at the market, on the streets. I also saw a few near the block of flats where I live so I photographed them.

For me snowdrops are the first sign of Spring. They are a symbol of winter coming to an end. I will have to give up to that meaning. What I most fear, is that February and March might be extremely cold, since until now it’s been unusually warm.  I truly hope to be wrong, otherwise, if he trees freeze we will have no fruits in summer and autumn.

Enough talking about fears and cold, take a look at this beautiful and enchanting flowers 🙂

Famous Face who have visited 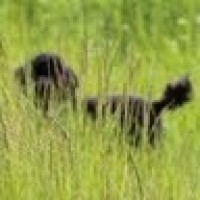 Blog about the fun of travelling with children to weird and wonderful places across the world.

Because everyone likes pictures.

View from a French Hillside

Life, nature and photography on a French Hillside

To encourage, edify, and inspire